Hey, this photo is ©

Peter Ydeen is primarily an Urban Landscape photographer currently living in Easton Pennsylvania and often traveling abroad. He works within the now established tenet of Urban Landscape Photography, which celebrates the complexity and beauty of the mundane world. As the work progresses it has been taking on a more romantic quality, which uses the typical and ordinary as an impetus, but then adapting more ethereal qualities. His work looks for inspiration in the poetics of George Tice, the playful lyricism of Paul Klee, the eccentric energy or Charles Burchfield, all trying to set themselves within the romantic setting of an E.T.A. Hoffman tale. The thrust of his work has been a night series “Easton Nights” however in the last few years he has also completed a smaller series, “Waiting for Palms” shot in Egypt and Morroco, and “Valley Days”, a series of daylight shots in the Lehigh Valley, and “Valley Days Rondels”, a subset of Valley Days done in a round format.

Since the close of 2015 Peter Ydeen has been photographing at night in the Easton Pennsylvania area.  Starting with images of George Tice’s elegant night shots in mind, it soon matured into much more than he had expected.  The night has it’s own visual rules, it’s own color wheel, and it’s own ethereal presence.  City lighting is meant to light up objects in much the same way you would light a still life or a stage set.  Coupled with the pink light emitted by the odd sodium vapor street lights, Easton becomes a silent city of lit stages, all in unreal color and shadow. Every space acts as a reflection of the people who made it.  An  empty geometry, with its decades of formation, creates an unusual living lyricism; emphasized with paint stroke like diffractions, animated distortions and the occasional painted words which connect to the moment in our time.  The project is both addictive and cathartic, and what started as an exercise, became an interaction with the quiet shapes and exotic lights in this sometimes forgotten city.

“Easton Nights Two, Three and Four are continuations of “Easton Nights” corresponding to the continuing development of the series

“Black White and Gray”
Black White and Gray is a selection of black and white urban photographs from the Easton, Pennsylvania area where Peter Ydeen lives, New York City where he works, and from various travels. These photographs concentrate on light, tone, structure, and movement but again follow the basic tenets of Urban Landscape Photography.   This series is less romantic, and more classic, concentrating on basic visual elements and less atmospheric.

“Valley Days” is the daylight series of urban landscape photos from either Easton or New York City.  It concentrates a good deal on urban sprawl and icons of small towns mixed with the geometry and grandeur of the city.  This is also an ongoing series but predates the Dark series.

“Away” Away is again a series of urban landscape photographs, but taken during travels over the last few years.  Places include Eastern and Western Europe, Turkey, Mexico and China.   It has the same concepts as the other categories but with more exotic imagery.

“Motion”  Our visual memory is made up of what we have seen, focused on, and stored away. Most of our vision however, is what is seen in the periphery.  Peripheral vision is not stored and remembered.  These photos are done using Intentional Camera Movement and little to no processing.  Most were created from 2013 to 2015.  The camera movement mixes colors and light giving a more momentary impression.  It is almost more of a subtractive mixture of colors you find in painting as opposed to the additive colors you have with light.  It is  an ephemeral form of Urban Landscape.

Urban Landscape photography is usually associated with photographers such as Eggleston and Tice and evokes images of the North American suburbia and small towns. The celebration of the beauty of the mundane however, exists everywhere.

Peter Ydeen recently completed a series of Urban Landscape photos in the two corners of North Africa; along the Nile River in Egypt, from Cairo to Aswan; and in central Morocco from Essaouira through the Atlas Mountains to the Saharan Drâa-Tafilalet regions.

The landscape varied from the stark and vivid minimal geometry found in both less populated areas Morocco as well as southern Egypt to the hazy and chaotic atmospheres of Cairo, Marrakech and Fez. It is a world that values an alluring privacy. The drab colors of the urban landscape are transformed into an elegant imposition of engineered spaces with the pastel hues of the buildings and spaces acting as stages for the intimate worlds of the people who themselves are elements in their stages. Here is both a mystery and dream set in colors of misunderstood beauty.

This is a mini series of about 100 photographs taken in the fall of 2016 to the spring of 2017 which tries to emphasize the elegance of these two corners of North Africa.

Links to my work 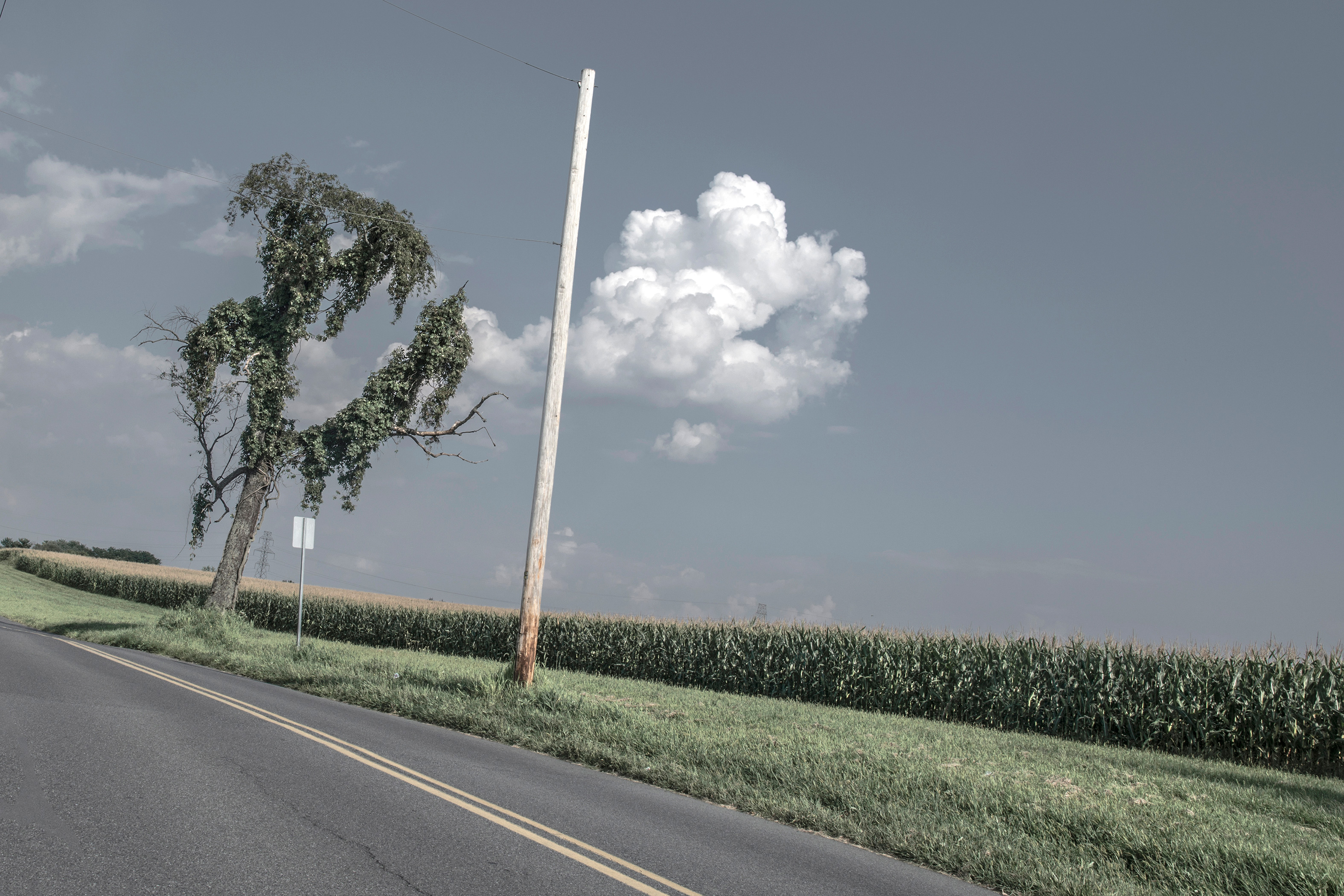 Corn,Tree,Pole and a lyrical Cloud